Ren and Helen are freelance writers who specialize in historical travel and guidebooks. We have been writing for over 25 years and currently have six books in print. Ren is a retired hospital executive and Helen is a retired elementary educator. Ren is a native of Atlanta, GA with a degree in history from Emory University [1973] and a Masters in Public Health from Tulane University [1977]. He retired in 2009 following a 32 year career with Emory Healthcare.  Helen is a native of Lewistown, PA, and earned her bachelor’s degree from The Ohio State University [1973] and a Masters in Education from Georgia State University [1980]. She taught in the Atlanta Public Schools for 20 years and at a private school for 9 years before retiring.

Ren and Helen’s most recent book, Atlanta’s Oakland Cemetery: An Illustrated History and Guide, published by the University of Georgia Press in 2012, was recipient of the Georgia Historical Society’s 2012 Lilla M. Hawes Award for the best book on local or county history in Georgia for the year; it also received the Georgia Writers Association Author of the Year Award for the best Specialty Book published in 2012. 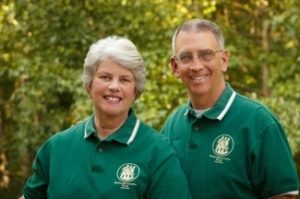